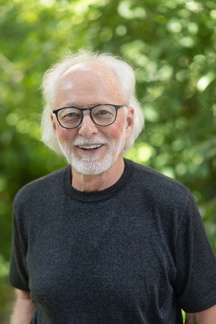 Richard Leider, founder of Inventure – The Purpose Company, is one of America’s preeminent executive-life coaches. He is ranked by Forbes as one of the “Top 5” most respected executive coaches, and by the Conference Board as a “legend in coaching.”

For more than four decades, Richard has pioneered the way we unlock purpose – both at work and at home. From fast-growing start-ups, to established organizations, universities, summits, and conferences, his message has taken him as a speaker to all 50 states, Canada, and four continents.

Along the way, Richard has written ten books, including three best sellers, which have sold over one million copies and have been translated into 20 languages. Repacking Your Bags and The Power of Purpose are considered classics in the personal development field.

Widely viewed as a transformative voice on the “power of purpose”, his work is featured regularly in many media sources including PBS public television and NPR public radio. His PBS Special – The Power of Purpose – was viewed by millions of people across the U.S.

He is one of a select few keynote speakers who have been invited to work with over 100,000 leaders from over 100 organizations such as AARP, Ameriprise, Ericsson, General Mills, Habitat for Humanity, Mayo Clinic, MetLife, National Football League, Optum, Pfizer, United Health Group, and the U.S. Dept of State. He co-chairs the Linkage/Global Institute for Leadership Development in both the US and Asia in the pursuit of purpose-led leadership development.

Connecting cutting-edge research with positive psychology and peak performance, Richard works with leaders, professionals, and executives around the world to help them unlock the power of purposeful leadership.

Richard leads annual Inventure Expedition walking safaris in Tanzania, East Africa, where he co-founded and is a board member of the Dorobo Fund for Tanzania.

Richard and his wife, Sally, live on the St. Croix River outside of Minneapolis, Minnesota.